National Stationery Week is upon is, with April 24-30 marking this year’s celebration of writing and office materials.


2. Before erasers were invented in 1770, the preferred method for removing pencil was actually stale bread.


4. The average office worker handles around 10,000 sheets of paper per year.


6. The Egyptians invented scissors back in 1500BC. 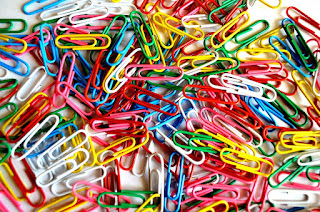 7. In the UK, around 45 million printer cartridges are send to landfill every year.

8. During the Second World War, paper clips were used to help fight the Nazis. Norwegian resistance members wore paper clips on their lapels as a discreet sign to show that they were fighting Hitler’s men.


9. Talking of World War II, this was also where ballpoint pens rose to fame. The Royal Air Force needed an alternative to the fountain pen as it couldn’t handle high levels of altitude without leaking.


11. However, a typical lead pencil can draw one that is 35 miles long – providing you sharpen it every now and then, of course.


12. Pencils can write in zero gravity and while underwater.


13. The first known stapler was made for King Louis XV of France in the 18th century.


15. The Fulgor Nocturnus is the most expensive pen in the history of the world. Decorated with 945 black diamonds, the pen sold for the equivalent of £6.2m at a Shanghai auction back in 2010. 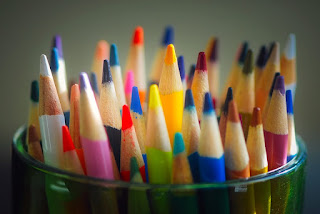 
17. The word ‘pen’ comes from an old French word for the tail feather or long wing of a bird.


18. Pencils didn’t have rubbers attached to the end of them until around 100 years ago. This was due to teachers feeling as though they would encourage students to make errors.


19. Talking of which, the metal band that now attaches a pencil to a rubber is called a ferrule.


20. Mick Clay invented the drawing pin back in 1903. Sadly, that didn’t stop him from living in poverty as shortly after, he sold the invention.