British Sandwich Week is underway, and everyone here at the Red Bus Cartridges HQ couldn’t be happier.


Sandwiches are without doubt the most popular lunch option for those living in the UK, so we thought it was time to share some wisdom through 20 fun facts, which you can find below…

And don’t forget, to celebrate British Sandwich Week, we have an amazing competition for you. To be in with a chance of winning a £15 M&S voucher, simply head to our Twitter page and enter.

1. The sandwich is named after John Montagu, the 4th Earl of Sandwich, who frequently ordered meat between two slices of bread when he was too busy for lunch.


2. In fact, Hawaii also used to be named after him too. That’s right, Hawaii was formerly known as the Sandwich Islands.


3. Around 12 billion sandwiches are eaten every year in the UK, with Brits spending a whopping £7.5bn on sandwiches during those 12 months.


4. The average sandwich contains 400 calories, meaning it takes a four mile run just to burn one off.


5. The most expensive sandwich in history was sold for the equivalent of £17,000 back in 2004. Why was it so expensive? Because it appeared to have in image of the Virgin Mary on it.


6. In America, more than three million sandwiches are eaten every day. 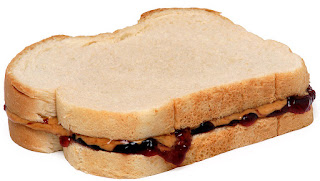 7. The average American eats 1,500 peanut butter and jelly sandwiches by the time they graduate from High School.


8. However, when it comes to sandwich fillings in the US, peanut butter and jelly isn’t the most popular. That title goes to the plain ham sandwich.


9. There is a town in Kent named Sandwich. However, the town has no direct connection with its bready namesake.


10. The world has been eating bread, or some baked combination of flour and water since 10,000BC.


11. Along with British Sandwich Week, there is also a day, every year where the sandwiches are celebrated over in the America. In case you were wondering, November 3rd is National Sandwich Day across the pond.


12. There are 11 Guinness World Records relating to sandwiches.


13. One of these is the fastest time to make a sandwich with your feet. Texan, Rob Williams currently holds the record after making one in under two minutes, using only his feet.

16. Amazingly, six chicken sandwiches are consumed in the UK every second. 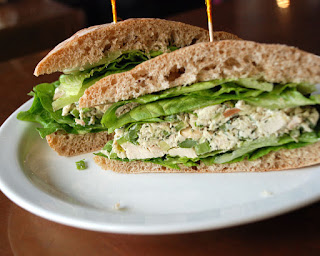 17. A bacon sandwich can actually cure a hangover – that’s according to researchers at Newcastle University.

18. When it comes to national sandwiches, Portugal’s may just be the most indulgent. It contains steak, ham, cheese and two types of sausage. It is then covered in melted cheese and beer sauce just before being served. Yum.


19. A fan of mayonnaise in your sandwich? It might alarm you to hear that the mayonnaise alone is accountable for 30-60% of the calories in that sandwich.


20. To eat the amount of bread produced from just one bushel of wheat, you would need to eat a sandwich for breakfast, lunch and dinner for 168 days.