With National Toast Day now gone and forgotten (even if it was under a fortnight ago), our attention now turns to another hugely popular breakfast choice – cereal.


Across the pond, almost half of all Americans eat cereal on a daily basis and in fact, it is the third most popular item sold in US supermarkets.


While us Brits don’t consume cereal with quite the same regularity, it is still a hugely popular breakfast option.


Today is National Cereal Day, and to celebrate we have constructed five fun facts about the bowl based, sugary delight… 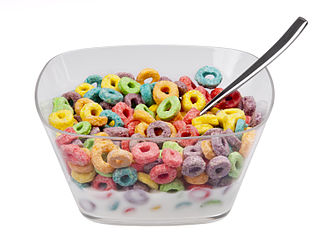 
1. Cereal was first invented when housewives served popcorn with sugar and cream for breakfast.


2. There are 2.7 billion packages of cereal sold every year.


3. On average, Americans eat a whopping 160 bowls of cereal per year.


5. Thurl Ravenscroft, the voice of Tony the Tiger, also sang “You’re a Mean One, Mr. Grinch” in Dr. Seuss’ famous film, “How the Grinch Stole Christmas.”

Be sure to visit nationalcerealday.com for much more…